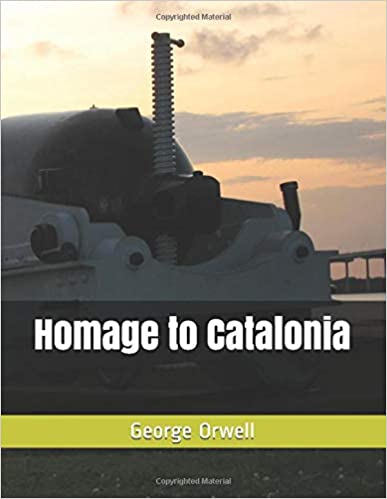 Homage to Catalonia is George Orwell's personal account of his experiences and observations in the Spanish Civil War. . . .

Orwell served as a private, a corporal (cabo) and—when the informal command structure of the militia gave way to a conventional hierarchy in May 1937—as a lieutenant, on a provisional basis, in Catalonia and Aragon from December 1936 until June 1937. In June 1937, the leftist political party with whose militia he served (the POUM, the Workers' Party of Marxist Unification, an anti-Stalinist communist party) was declared an illegal organisation, and Orwell was consequently forced to either flee or face imprisonment.--Wikipedia.
Report copyright / DMCA form

See also
1984
Legend
Behind a Mask; or, a Woman's Power
The Affectionate Shepherd