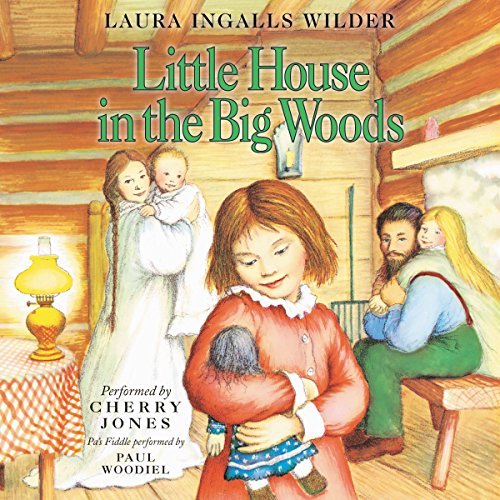 Little House in the Big Woods takes place in 1871 and introduces us to four-year-old Laura, who lives in a log cabin on the edge of the Big Woods of Wisconsin. She shares the cabin with her Pa, her Ma, her sisters Mary and Carrie, and their lovable dog, Jack.

Laura Ingalls grew up in a family that moved frequently from one part of the American frontier to another. Her father took the family by covered wagon to Minnesota, Iowa, Missouri, Kansas, Indian Territory, and Dakota Territory. At age 15 she began teaching in rural schools. In 1885 she married Almanzo J. Wilder, with whom she lived from 1894 on a farm near Mansfield, Missouri. Some years later she began writing for various periodicals. She contributed to McCall’s Magazine and Country Gentleman, served as poultry editor for the St. Louis Star, and for 12 years was home editor of the Missouri Ruralist.

Prompted by her daughter, Wilder began writing down her childhood experiences. Her stories centred on the male unrest and female patience of pioneers in the mid-1800s and celebrated their peculiarly American spirit and independence. In 1932 she published Little House in the Big Woods, which was set in Wisconsin. After writing Farmer Boy (1933), a book about her husband’s childhood, she published Little House on the Prairie (1935), a reminiscence of her family’s stay in Indian Territory. The “Little House” books were well received by the reading public and critics alike; their warm, truthful portrayal of a life made picturesque by its very simplicity charmed generations of readers.

Wilder continued the story of her life in On the Banks of Plum Creek (1937), By the Shores of Silver Lake (1939), The Long Winter (1940), Little Town on the Prairie (1941), and These Happy Golden Years (1943). Her books remain in print. Their popularity was boosted by the success of a television series (1974–83) based on Wilder’s stories.--Encyclopaedia Britannica.
Report copyright / DMCA form