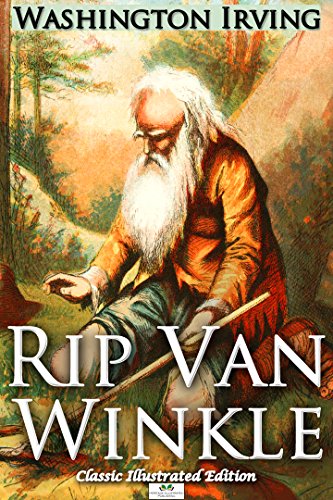 "Rip Van Winkle" is a short story by the American author Washington Irving, first published in 1819. It follows a Dutch-American villager in colonial America named Rip Van Winkle who meets mysterious Dutchmen, imbibes their liquor and falls asleep in the Catskill Mountains. He awakes 20 years later to a very changed world, having missed the American Revolution.
The concept is ancient, including the 70 year nap by Choni HaMeA-Gail.
Irving, inspired by a conversation on nostalgia with his American expatriate brother-in-law, wrote his story while temporarily living in Birmingham, England. It was published in his collection, The Sketch Book of Geoffrey Crayon, Gent. While the story is set in New York's Catskill Mountains near where Irving later took up residence, he admitted, "When I wrote the story, I had never been on the Catskills."
Report copyright / DMCA form