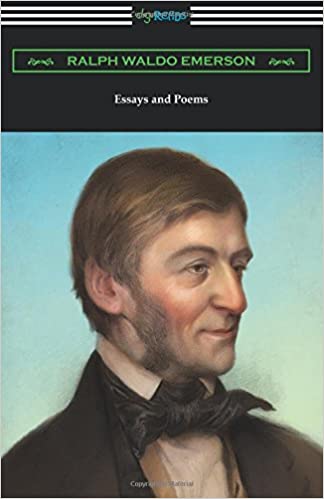 During the 1800s in America, the rise of industrialization reduced the cost of goods allowing people to have more possessions than ever before. However, a group known as the Transcendentalists believed that possessions created vanity. Instead, they valued the individual’s relationship with divinity. One of the movement’s most famous members, Ralph Waldo Emerson, wrote prolifically about his beliefs and experiences.

A representative selection of his writings is presented here in this volume of the “Essays and Poems by Ralph Waldo Emerson.” In the first essay, “Nature,” Emerson publicly acknowledges the transcendental lifestyle. He describes how that which is man-made detracts from the beauty of the real world. Through nature, Emerson believed people could find spirituality and wholeness. Emerson also explored the American political spectrum in his essay “Politics.” The author believed that, through individual growth and wisdom, it would be possible for Americans to abolish government and rule autonomously.

Until that point, though, the State needed to protect the individuals’ rights. Readers can explore Emerson’s philosophy and poetry in this collection which includes twenty-four of his most important essays and fifteen of his poems. This edition is printed on premium acid-free paper and includes an introduction by Stuart P. Sherman.
Report copyright / DMCA form

See also
On Liberty
The Descent of Man, and Selection in Relation to Sex
Civilisation: Its Cause and Cure; and Other Essays
Leaves of Grass