by The Dunwich Horror
Free
Description
The plot of the story revolves around the family of degenerate aristocrats Whateley (Eng. Whateley) [~ 1], living in Massachusetts, in a small settlement Dunvich, located in the upper reaches of the Miskatonic River (Eng. Miskatonic). Dunvich has a very bad reputation, due to the fact that in the local mountains from time to time there is a terrible rumble from under the ground, and the nightjars behave very strangely, according to local beliefs, they are guides to the world of the dead. The Whateley family consisted of a sullen old man, rumored to be engaged in black magic and his albino daughter Lavinia (born Lavinia). February 2, 1913, at the Meeting, Lavinia gives birth to a son, named Wilbur (born Wilbur), who was the father of the boy, in Dunwich is not known. 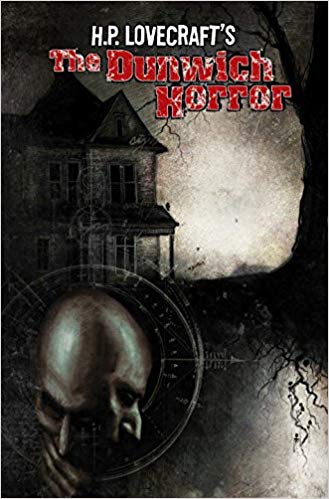 The boy grew by leaps and bounds, and at the age of ten he looked like an adult man. There was no sign that his growth was slowing, and by the age of thirteen Wilbur was about six feet and nine inches tall. Together with his grandfather, they begin to engage in strange rituals, locked in the boarded up part of the house, and the house itself was rebuilt so that most of it was occupied by a spacious room, whose windows were filled with planks, and from there we could often hear strange sounds. Whateley actively purchased livestock, however, their herd for some reason did not increase. All local dogs, for some reason, hated Wilbur and always tried to attack him on occasion. Finally, old Waitley died, and Lavinia, after some time, went missing.

Wilbur was very interested in ancient books and in 1928 he came to the city of Arkhem, to the University of Miskatonic, to pick up the occult book "Necronomicon", written by mad Arab Abdul Alhazred, in that book there were some necessary spells for Wilbur, but the local librarian, professor Henry Armitage (eng. Henry Armitage), does not allow him to do it. Unable to get a copy of the book in any of the places available to him, one night, Wilbur tried to steal the "Necronomicon" from the university, but was bitten off by a watchdog. The professor finds their fight and sees the true appearance of a young man, on whom the dog tore clothes: the human in him is only the head and hands, otherwise he had the body of a hairy humanoid monster with greenish-gray tentacles with red mouths-suckers sticking out of the abdomen. In place of the tail, the creature had something like a trunk or probe made up of purple ringlets, and the lower limbs, if one did not take into account the thick fur covering them, resembled the legs of giant prehistoric dinosaurs; they ended with pads with swollen veins that did not resemble claws or hoofs. Instead of blood, Wateley flew wounds with a fetid greenish yellow ichor. Then Wilbur's body falls apart so that only a pool of sticky whitish mass remains.
Report copyright / DMCA form