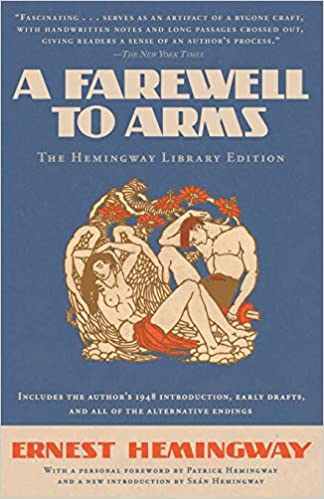 A Farewell to Arms is a novel by Ernest Hemingway set during the Italian campaign of World War I. The book, published in 1929, is a first-person account of American Frederic Henry, serving as a Lieutenant ("Tenente") in the ambulance corps of the Italian Army. The title is taken from a poem by 16th-century English dramatist George Peele.

A Farewell to Arms is about a love affair between the expatriate American Henry and Catherine Barkley against the backdrop of the First World War, cynical soldiers, fighting and the displacement of populations. The publication of A Farewell to Arms cemented Hemingway's stature as a modern American writer, became his first best-seller, and is described by biographer Michael Reynolds as "the premier American war novel from that debacle World War I."
Report copyright / DMCA form