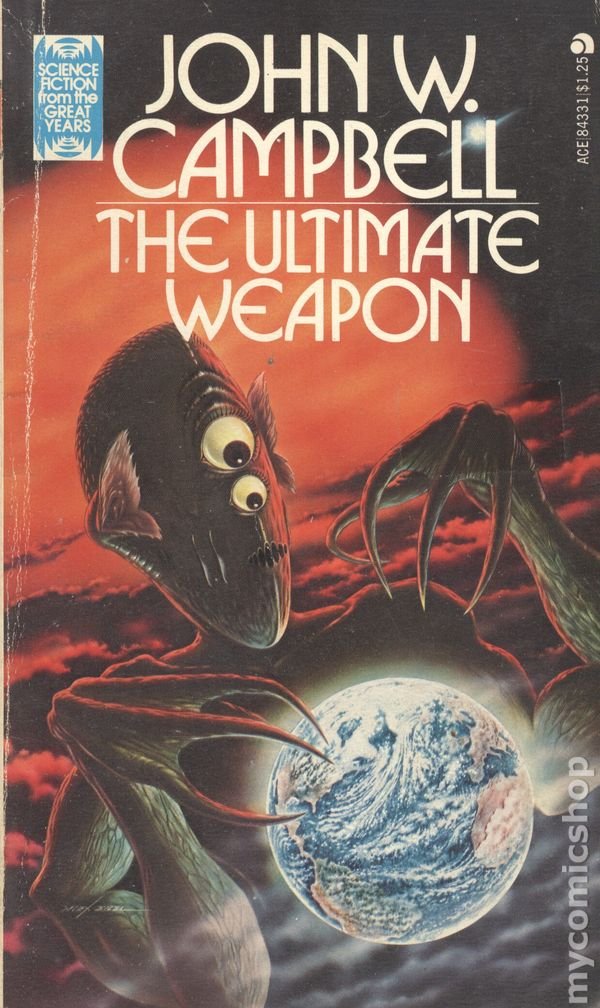 The Star of the World was an unpredictable variable. Sometimes it was flaming, sparkling and hot. In other cases, it was strangely dim, radiating a little heat to its many planets. Gresth Gkae, Miran leader, was looking for the best star his people could migrate to. This star must be stable, reliable, with a good planetary system. And in his astronomical search, he found Sol. With hundreds of ships, each of which is larger than entire Earth cosmodromes, and moving faster than the speed of light, Mirans intended to move to the solar regions and seize power. And there was nothing on Earth that could fight and defeat this incredible armada, until Buck Kendall came across an ULTIMATE WEAPON.


See also
Anything You Can Do ...
Empire
At the earth's core
The War of the Worlds