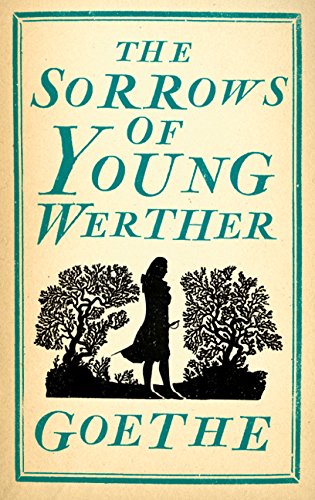 Most of The Sorrows of Young Werther, a story about a young man's extreme response to unrequited love, is presented as a collection of letters written by Werther, a young artist of a sensitive and passionate temperament, to his friend Wilhelm. These give an intimate account of his stay in the fictional village of Wahlheim (based on Garbenheim [de; it; nl], near Wetzlar), whose peasants have enchanted him with their simple ways. There he meets Charlotte, a beautiful young girl who takes care of her siblings after the death of their mother. Werther falls in love with Charlotte despite knowing beforehand that she is engaged to a man named Albert, eleven years her senior.

Despite the pain it causes him, Werther spends the next few months cultivating a close friendship with them both. His sorrow eventually becomes so unsupportable that he is forced to leave Wahlheim for Weimar, where he makes the acquaintance of Fräulein von B. He suffers great embarrassment when he forgetfully visits a friend and unexpectedly has to face there the weekly gathering of the entire aristocratic set. He is not tolerated and asked to leave since he is not a nobleman. He then returns to Wahlheim, where he suffers still more than before, partly because Charlotte and Albert are now married. Every day becomes a torturing reminder that Charlotte will never be able to requite his love. She, out of pity for her friend and respect for her husband, decides that Werther must not visit her so frequently. He visits her one final time, and they are both overcome with emotion after he recites to her a passage of his own translation of Ossian.
Report copyright / DMCA form

See also
The Little Book of Skin Care: Korean Beauty Secrets for Healthy, Glowing Skin
Our Mutual Friend
The Phantom of the Opera
The Picture of Dorian Gray