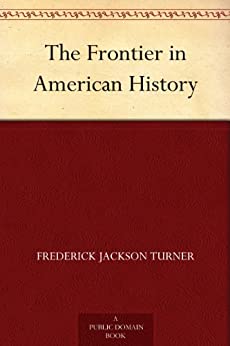 The essay summarizes Turner's views on how the idea of the American frontier shaped the American character in terms of democracy and violence. He stresses how the availability of very large amounts of nearly free farm land built agriculture, pulled ambitious families to the western frontier, and created an ethos of unlimited opportunity. The frontier helped shape individualism and opposition to governmental control.

Turner speculated how the frontier drove American history and helped shape American culture in the 1890s. Turner reflects on the past to illustrate his point by noting human fascination with the frontier and how expansion to the American West changed American views on its culture. The essay had a major impact on historiography for decades, with serious criticism emerging in the 1940s. In the 1980s a new approach to the Western U.S. appeared which was much more negative.

Australian historian Brett Bowden has explored how the concept of "frontier" has been very widely used in both the scholarly and the popular literature to denote challenging new forces. By contrast medievalist Nora Berend asked: "What good is a concept not very clearly formulated a hundred years ago—Turner’s frontier was an elastic term that had no sharp definition—and severely criticised ever since?"
Report copyright / DMCA form

See also
Give Me Liberty!: An American History
American Notes
Brief History of English and American Literature
Narrative of the Life of Frederick Douglass, an American Slave