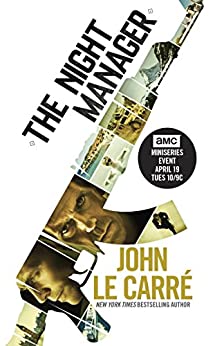 Either we make you rich or we make you dead. On a bleak January night at the outbreak of the Gulf War, Mr. Richard Onslow Roper, a very special visitor, arrives with his entourage at a Zurich hotel. The night manager, Jonathan Pine, recognizes him immediately—and prays that the identification is not mutual. Welcome to the new era of espionage, where the habits and rules forged in the darkest days of the Cold War are applied to an even more harrowing end. This is Roper's world—a world of illegal arms dealers and drug smugglers, men whose ruthlessness is matched only by their hunger for unlimited wealth. Enter Leonard Burr, former British intelligence officer turned international policeman. Burr recruits Pine to his cause, and launches him on an undercover odyssey that takes him from Zurich to the desolate coast of Cornwall, and eventually to a village in Quebec where he obtains the identity that will be his tickets of entry to Roper's island hideaway in the Bahamas. In what is perhaps John le Carré's greatest work to day, The Night Manager brings to life a whole new era of intrigue, brilliantly conceived by the undisputed master of the genre.

See also
The City of Dreadful Night by Rudyard Kipling
The Curious Incident of the Dog in the Night Time
With the Night Mail: A Story of 2000 A.D.
The Night of the Long Knives