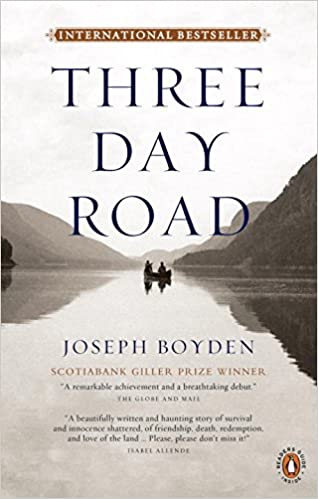 Three Day Road is the first novel from Canadian writer Joseph Boyden. Joseph’s maternal grandfather, as well as an uncle on his father’s side, served as soldiers during the First World War, and Boyden draws upon a wealth of family narratives. This novel follows the journey of two young Cree men, Xavier and Elijah, who volunteer for that war and become snipers during the conflict. The book was generally critically well received.
Report copyright / DMCA form