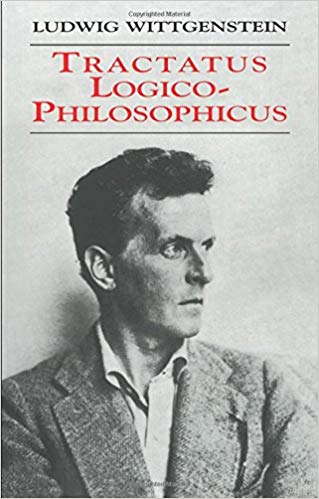 Ludwig Wittgenstein - British philosopher of Austrian origin, one of the most original thinkers of the European philosophy of the twentieth century, the creator of the theory of constructing an artificial "ideal" language based on the language of mathematical logic.

The text of the Logical and Philosophical Treatise can hardly be described as voluminous, but it is difficult to overestimate its significance for all subsequent European philosophy, and brevity in this case only tells how concisely, accurately and precisely Wittgenstein formulated his thought. Seven short abstracts and a little more than a hundred pages of comments to them ... but Wittgenstein managed to accommodate the translation into the philosophical language of all the main ideas of logical analysis into this minimal volume.

“In the beginning was the Word,” says the Bible, and if so, Wittgenstein was one of the most devoted students of Logos.
Report copyright / DMCA form