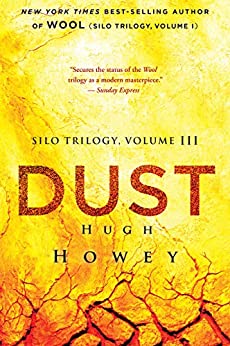 Wool introduced the world of the silo. Shift told the story of its creation. Dust will describe its downfall.

Juliette, now mayor of Silo 18, doesn’t trust Silo 1, especially its leader, Donald. But in the world of the Silos, there is no black and white — everything is shades of gray. Donald may not be the monster Juliette thinks he is, and may in fact be key to humanity’s continued survival. But can they work together long enough to succeed?
Report copyright / DMCA form


See also
They Also Serve
Raiders of the Universes
Next Door, Next World
The Souls of Black Folk