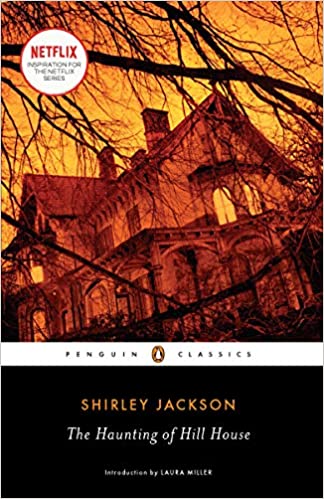 Dr. Montague, a scientific investigator of ghostly phenomena, has chosen to live for several weeks at Hill House, by repute a place of horror that will brook no human habitation. To check and contribute to his observations, he selects three companions previously unknown to him; two girls, Theo and Eleanor, and Luke, a young man, who is heir to Hill House.

What happens cannot, in fairness, be told. But Dr Montague’s words were prophetic:

‘A ghost cannot hurt anyone; only the fear of ghosts can be dangerous.’ Whether the ghosts at Hill House caused the fear, or the fear created the ghosts, there were such manifestations as to produce, finally, an ultimate terror that was all too palpable and down-to-earth.—Preface.

Considered one of the greatest horror novels of the 20th century, The Haunting of Hill House has been made into two feature films, The Haunting, in 1963 and 1999, and a TV series.
Report copyright / DMCA form