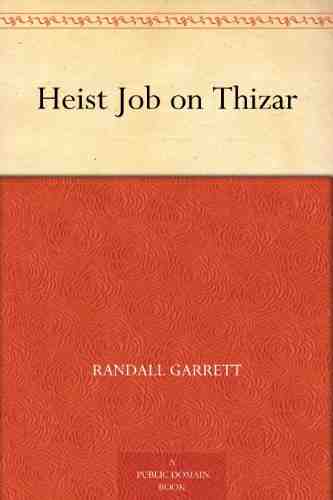 In the future, we may discover new planets; our ships
may rocket to new worlds; robots may be smarter than
people. But we'll still have slick characters willing
and able to turn a fast buck--even though they have to
be smarter than Einstein to do it._
Anson Drake sat quietly in the Flamebird Room of the Royal Gandyll
Hotel, listening to the alien, but soothing strains of the native
orchestra and sipping a drink. He knew perfectly well that he had no
business displaying himself in public on the planet Thizar; there were
influential Thizarians who held no love for a certain Earthman named
Anson Drake.
It didn't particularly bother Drake; life was danger and danger was life
to him, and Anson Drake was known on half a hundred planets as a man who
could take care of himself.
Report copyright / DMCA form