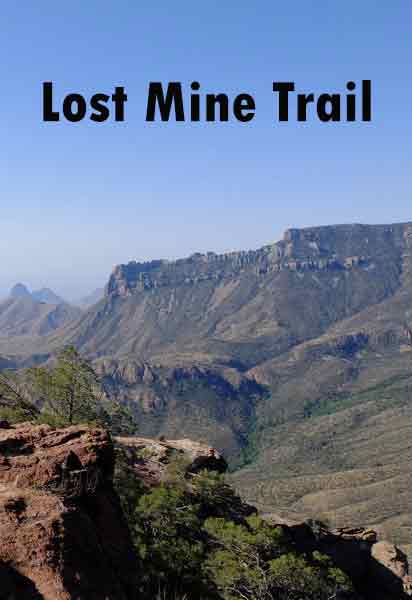 Of the many romantic legends which abound throughout the West, few match the Lost Mine story from which the peak takes its name. Is it true? Did the mine exist? Or was it a campfire fabrication handed down from generation to generation?

Early Spanish explorers of the Southwest, in their fervent search for gold and other riches, discovered and developed many mines, some yielding silver and gold. According to legend, a rich ore body was discovered on the highest point of Lost Mine Peak. Life-term prisoners were forced to work the mine. These men were blindfolded on several occasions in their march from the Presidio in San Vicente, Mexico, to prevent them from learning its location. The ruins of this presidio may still be observed some 20 miles southwest of this peak across the Rio Grande in Mexico.

A story relates how the fierce Comanche Indians, who resented the Spaniards’ invasion of their homeland and hunting grounds, attacked and killed them to the last man. The last act, so goes the story, was to seal the mine entrance to prevent further exploitation.

Legend states that if a person stands in the chapel door of San Vicente’s Mission on Easter morn, he can watch the sun’s first rays strike Lost Mine Peak at the exact mine entrance.
Report copyright / DMCA form

See also
Elevator Systems of the Eiffel Tower, 1889
Strive and Succeed; or, The Progress of Walter Conrad
A Tale of Two Cities
White Fang