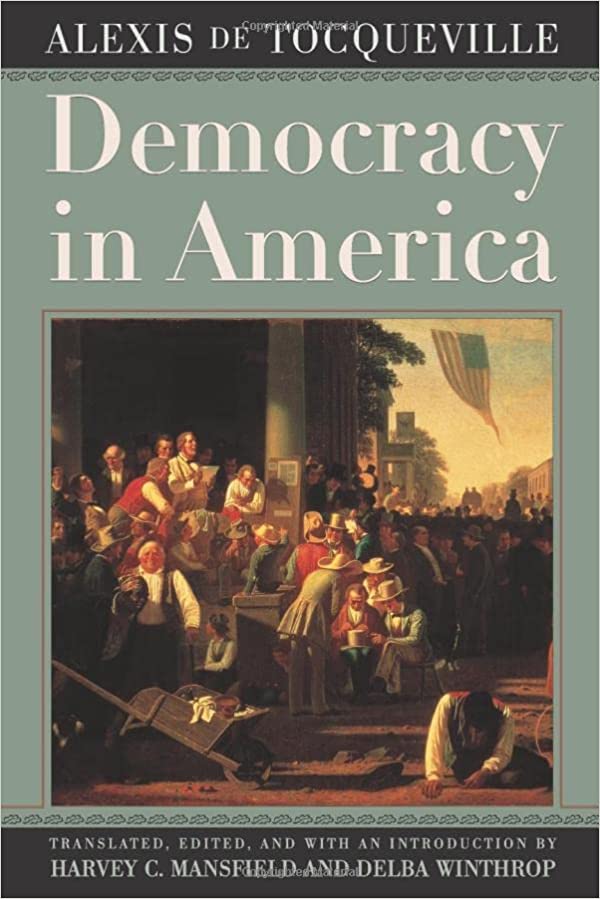 De La Démocratie en Amérique; published in two volumes, the first in 1835 and the second in 1840) is a classic French text by Alexis de Tocqueville. Its title literally translates to On Democracy in America, but official English translations are usually simply entitled Democracy in America. In the book, Tocqueville examines the democratic revolution that he believed had been occurring over the previous several hundred years.

In 1831, Alexis de Tocqueville and Gustave de Beaumont were sent by the French government to study the American prison system. In his later letters, Tocqueville indicates that he and Beaumont used their official business as a pretext to study American society instead.[3] They arrived in New York City in May of that year and spent nine months traveling the United States, studying the prisons and collecting information on American society, including its religious, political, and economic character. The two also briefly visited Canada, spending a few days in the summer of 1831 in what was then Lower Canada (modern-day Quebec) and Upper Canada (modern-day Ontario).[citation needed]

After they returned to France in February 1832, Tocqueville and Beaumont submitted their report, Du système pénitentiaire aux États-Unis et de son application en France (On the Penitentiary System in the United States and its Application in France), in 1833. When the first edition was published, Beaumont was working on another book, Marie, ou, L'esclavage aux États-Unis (Marie, or, Slavery in the United States, published as two volumes in 1835), a social critique and novel describing the separation of races in a moral society and the conditions of slaves in the United States. Before finishing Democracy in America, Tocqueville believed that Beaumont's study of the United States would prove more comprehensive and penetrating.
Report copyright / DMCA form