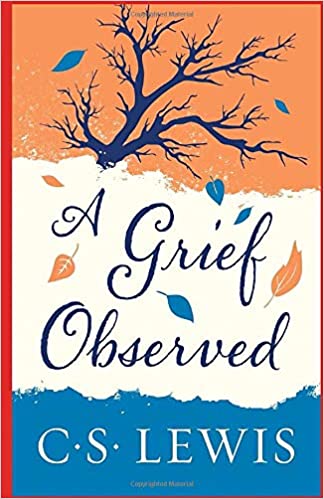 C.S. Lewis joined the human race when his wife, Joy Gresham, died of cancer. Lewis, the Oxford don whose Christian apologetics make it seem like he's got an answer for everything, experienced crushing doubt for the first time after his wife's tragic death. A Grief Observed contains his epigrammatic reflections on that period: "Your bid--for God or no God, for a good God or the Cosmic Sadist, for eternal life or nonentity--will not be serious if nothing much is staked on it. And you will never discover how serious it was until the stakes are raised horribly high," Lewis writes. "Nothing will shake a man--or at any rate a man like me--out of his merely verbal thinking and his merely notional beliefs. He has to be knocked silly before he comes to his senses. Only torture will bring out the truth. Only under torture does he discover it himself."A Grief Observed explores the processes which the human brain and mind undergo over the course of grieving. The book questions the nature of grief, and whether or not returning to normalcy thereafter is even possible within the realm of human existence on earth. Based on a personal journal he kept, Lewis refers to his wife as "H" throughout this series of reflections, and reveals that she had died from cancer only three years after their marriage. The book is extremely candid, and it details the anger and bewilderment he had felt towards God after H's death, as well as his impressions of life without her. The period of his bereavement was marked by a process of moving in and out of various stages of grief and remembrance, and it becomes obvious that it heavily influenced his spirituality. In fact, Lewis ultimately comes to a revolutionary redefinition of his own characterisation of God: experiencing gratitude for having received and experienced the gift of a true love.
Report copyright / DMCA form