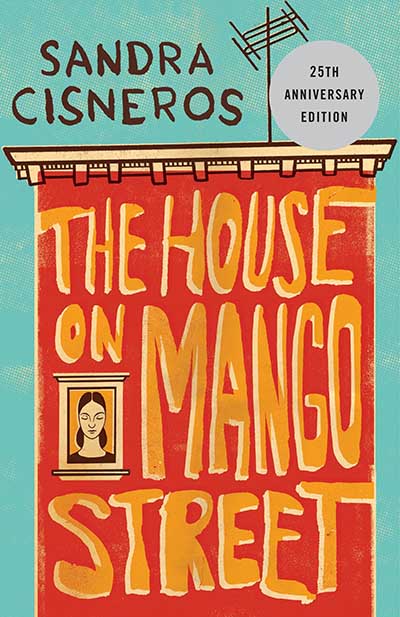 The House on Mango Street is a 1984 novel by Mexican-American author Sandra Cisneros. Structured as a series of vignettes, it tells the story of Esperanza Cordero, a 12-year-old Chicana girl growing up in the Hispanic quarter of Chicago. Based in part on Cisneros's own experience, the novel follows Esperanza over the span of one year in her life, as she enters adolescence and begins to face the realities of life as a young woman in a poor and patriarchal community. Elements of the Mexican-American culture and themes of social class, race, sexuality, identity, and gender are interwoven throughout the novel.

The House on Mango Street is considered a modern classic of Chicano literature and has been the subject of numerous academic publications in Chicano Studies and feminist theory. The book has sold more than 6 million copies, has been translated into over 20 languages and is required reading in many schools and universities across the United States.

It was on The New York Times Best Seller list and is the recipient of several major literary awards, including the American Book Award from the Before Columbus Foundation. It was adapted into a stage play by Tanya Saracho, which was staged in Chicago in 2009.

Because the novel deals with sensitive subject matters, such as domestic violence, puberty, sexual harassment, and racism, it has faced challenges and threats of censorship. In spite of this, it remains an influential coming-of-age novel and is a staple piece of literature for many young adults.
Report copyright / DMCA form