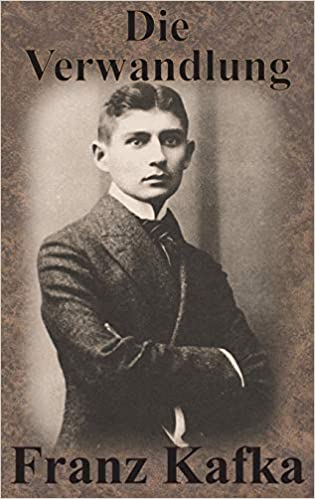 Gregor Samsa wakes up one morning to find himself transformed into a "monstrous vermin". He initially considers the transformation to be temporary and slowly ponders the consequences of this metamorphosis. Stuck on his back and unable to get up and leave the bed, Gregor reflects on his job as a traveling salesman and cloth merchant, which he characterizes as being full of "temporary and constantly changing human relationships, which never come from the heart". He sees his employer as a despot and would quickly quit his job if he were not his family's sole breadwinner and working off his bankrupt father's debts. While trying to move Gregor finds that his office manager, the chief clerk, has shown up to check on him, indignant about Gregor's unexcused absence. Gregor attempts to communicate with both the manager and his family, but all they can hear from behind the door is incomprehensible vocalizations. Gregor laboriously drags himself across the floor and opens the door. The clerk, upon seeing the transformed Gregor, flees the apartment. Gregor's family is horrified, and his father drives him back into his room, injuring his side by shoving him when he gets stuck in the doorway.

With Gregor's unexpected transformation, his family is deprived of financial stability. They keep Gregor locked in his room, and he begins to accept his new identity and adapt to his new body. His sister Grete is the only one willing to bring him food, which they find Gregor only likes if it is rotten. He spends much of his time crawling around on the floor, walls, and ceiling and, upon discovering Gregor's new pastime, Grete decides to remove his furniture to give him more space. She and her mother begin to empty the room of everything, except the sofa under which Gregor hides whenever anyone comes in, but he finds their actions deeply distressing in fear that he might forget his past, while he still was a human, and desperately tries to save a particularly loved portrait on the wall of a woman clad in fur. His mother loses consciousness at the sight of him clinging to the image to protect it. When Grete rushes out of the room to get some aromatic spirits, Gregor follows her and is slightly hurt when she drops a medicine bottle and it breaks. Their father returns home and angrily hurls apples at Gregor, one of which becomes lodged in a sensitive spot in his back and severely wounds him.

Gregor suffers from his injuries for the rest of his life and takes very little food. His father, mother, and sister all get jobs and increasingly begin to neglect him, and his room begins to be used for storage. For a time, his family leaves Gregor's door open in the evenings so he can listen to them talk to each other, but this happens less frequently once they rent a room in the apartment to three male tenants, since they are not told about Gregor. One day the charwoman, who briefly looks in on Gregor each day when she arrives and before she leaves, neglects to close his door fully. Attracted by Grete's violin-playing in the living room, Gregor crawls out and is spotted by the unsuspecting tenants, who complain about the apartment's unhygienic conditions and say they are leaving, will not pay anything for the time they have already stayed, and may take legal action. Grete, who has tired of taking care of Gregor and realizes the burden his existence puts on each member of the family, tells her parents they must get rid of "it" or they will all be ruined. Gregor, understanding that he is no longer wanted, laboriously makes his way back to his room and dies of starvation before sunrise. His body is discovered by the charwoman, who alerts his family and then disposes of the corpse. The relieved and optimistic father, mother, and sister all take the day off work. They travel by tram into the countryside and make plans to move to a smaller apartment to save money. During the short trip, Mr. and Mrs. Samsa realize that, despite the hardships that have brought some paleness to her face, Grete has grown up into a pretty young lady with a good figure and they think about finding her a husband.
Report copyright / DMCA form

See also
The Monkey's Paw
The Night Manager
Next Door, Next World
Metamorphosis